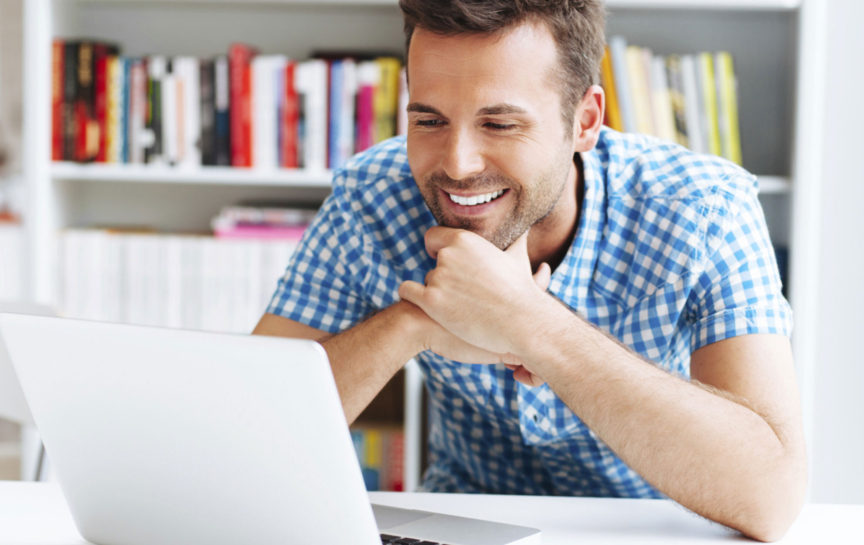 As you can probably tell by the title, I’ve got a tiny issue with the way we do annual reports.

In fact, I have several, but they all come back to a central question, which is this:

Is our school’s annual report actually achieving the thing that it is intended to achieve?

In other words: are we being intentional about this major project? What are we taking for granted? What about the way we do things today should be challenged? And what – if anything – should be preserved?

Here are four fundamental things we hope to deliver:

Well, boy. When you look at it in list form, it all actually seems hard to screw up, doesn’t it?

Yet screw it up we do. But how?

Let’s move slowly here, lest we ruffle any feathers that can’t be unruffled.

Question #1: Is your school’s annual report a long, complicated ask?

Go ahead and review the numbered list above one more time. I’ll wait.

Do you notice anything interesting about it? Perhaps the fact that it doesn’t say anything about asking for more money from your donors?

Look, I’m no fool. I know how the game is played. So I’m not going to sit here and try and tell you that you should bypass a perfectly reasonable opportunity to ask for more.

But it is very difficult to take something as broad and generic as an annual report and turn it into a proper fundraising tool. Back in the day, we used to attach an envelope to the thing. At least we were being more forthcoming! But it’s still pretty tacky and half-assed.

I’ve gone on, and on, and on about how proper stewardship is about connecting with individuals. It’s about relationships. It’s about small personal gestures.

The annual report is, by definition, the opposite of that. It’s the State of the Union, not a campaign speech. One is meant to educate, the other is meant to make an ask.

Question #2: Does your school’s annual report leave out the essentials?

Because we’ve tried to turn our annual reports into a fundraising tool, instead of just letting them be stewardship devices, we’ve gotten ourselves into a bit of a time crunch.

After all, these puppies need to go out by mid-fall, don’t they? To underscore our solicitations. Right around the time we’re in the middle of, oh – everything else we have on our plates. Chop chop!

Since it’s increasingly rare that a school has their financial audit complete in time to meet an early August production schedule, what do we do? We leave that stuff out!

And the good stewardship stories? The wonderful examples of our supporters’ gifts at work? We didn’t get a chance to gather all those, given all the stuff we need to accomplish at the start of the school year…

So let’s check our list as see how we’re doing:

Without the financials or the stories of the good we’ve done with the money, we’re left with lists of donor names. And some pretty photography. So much for transparency.

Oof. What a waste of paper.

Question #3: Does your school’s annual report shame your donors?

This is a major pet peeve of mine, and honestly, it has to stop.

Has your school ever sent out something called “the printer’s proof?” As a donor, have you ever received one of these horrendous things?

Don’t be fooled. A “printer’s proof” is not in any way, shape, manner, or form a real printer’s proof. It is a fake, made to look like a draft of the actual report. Not even the whole report; just the donor lists!

This little atrocity is sent to the community to “make sure we have our supporters’ names listed correctly.”

That’s a falsehood, readers. If that’s true, and our school has so little faith in the accuracy of its own database, then our administrators need to stop everything they’re doing and get that data clean, stat.

But it’s most likely not true. The sad truth is oftentimes this: the printer’s proof is intended to pressure and shame those who have not yet given.

Look, if someone hasn’t yet given, and you don’t know why — maybe it’s because you haven’t asked her.  Or maybe you haven’t been able to reach him to follow up.

Regardless, shaming them by sharing the list without them on it, to their community of friends, is only going to make them feel worse than they may already feel. Even if it does generate a handful of gifts, they came through coercion. That’s not philanthropy. It’s gross, is what it is.

So please, I urge you: resist any pressure to do this awful thing.

In fact, we can take this a step further.

“Barbara, I was with you so far, but now you’re just being incendiary for the sake of it!”

Not true, dear reader. I believe listing donors by giving level is problematic and ineffective, and I have the evidence to back it up.

Back in the day, we all listed our donors by giving levels. We believed that we were expressing gratitude and giving everyone a nice “good job” nod.

We didn’t ask them if we could do that. We didn’t know whether it was having the effect we imagined and hoped. We simply assumed.

Some donors called us to ask that we list them as “anonymous” going forward. This happened most frequently at the top end of donors. How kind they were!

Think about that for a moment. Why didn’t they want their names listed with their gift amount? Privacy? Sure. Humility? Likely.

How about they felt that we were using their generosity to toot our own horns? Yikes.

Fun fact: it turns out being listed — anywhere — in a giving report is not what most donors want. In fact, when surveyed, 92% of donors report that they would have made the same gift regardless of whether their names were recognized. So it has no bearing!

A surprising statistic, isn’t it? That’s according to the 2013 Burke Donor Survey by trailblazer Penelope Burke and her firm Cygnus Research, whom I admire. I recommend you do a deep dive of both Penelope herself and her firm, when you have a moment.

So, listing the names is not always a true act of stewardship that makes our supporters feel good. And it doesn’t work as a fundraising technique. So let’s dump them!

Question #5: Is anyone actually reading your school’s annual report? How do you know?

Back when we printed and mailed annual reports, we had no way of knowing how many donors actually opened the dang thing and read what’s inside.

Ironically the solution to this problem came with its own unpredictable cost. Let’s go way back in time, to the turn of the century – the year (dum dum dum) 2000.

That was the year that many schools began to build school websites. Big new budget item! In response, many of us moved to publishing our annual reports online. Save paper, printing, postage. Maybe even drive traffic to our sites.

Then something dawned on us: if we could research incoming families by seeing what they gave to a feeder school or another non-profit that published a giving report online, so too, could colleges and universities snoop on our donors.

So what did we do? We put our reports on our sites, password protected.

And while it was cool to be able to track hits and clicks and page views and know who looked at our beautiful online reports, we realized that virtually no one did.

Wow. Kinda feels like a no-win, right? Like a big fat waste of time when we can’t afford a single lost hour? Maybe – just maybe – that’s our cue that the time has come to do something different…

Believe me when I tell you that if you decide to stop mailing a paper copy of your annual report, or even publishing one altogether (gasp!), few if any, families will even notice that you’ve stopped. So what does that say?

It says a lot to me.

Listen, I understand that you may need to unwind this slowly…

Maybe you’re with me on this. Maybe you’re not. Your biggest resistance might come from Board members who are simply trying to ensure best practices are in place. Or maybe they fear missing any chance to raise money. If so, please share this article.

But friends, it’s 2018. It’s time to move away from the generic, the broad, the humorless, the boring — and into the realm of the real, the personal. We must customize our reports and our stewardship. One size has never fit all, and it never will.

What our donors want is to viscerally feel our gratitude and know in their bones that their gifts are making a real difference to the people and places they care about.

I hope that this “epic takedown” of school annual reports at the very least has you thinking that maybe some of your school’s sacred cows aren’t so sacred anymore. And, even better, I hope that in ditching some long-held beliefs, you and your team (and a nice chunk of your budget!) are freed up to personalize your efforts and approach your donors like the individual, generous people they are.

As always, I look forward to hearing your thoughts on social media.

My name is Barbara Barron, and I’m writing this blog to share advice on a profession that I adore.

I’ve been working in the field of Independent School Advancement for nearly 20 years. In that time, I’ve had the pleasure of creating and implementing successful Strategic Fundraising Plans for so many incredible schools. I’ve had the privilege of seeing real growth at The Carey School, Marin Primary & Middle School, Woodside Priory, Crystal Springs, Presidio Knolls and others. (Maybe we’ve met!)

Nothing makes me happier than seeing a struggling school start to thrive. My hope is that you’re here to make a positive change as well. I hope my advice can be a part of that change.

Shoot me an e-mail if you want to swap tips, or share your voice here.

Let’s do this, together.

Over 250 advancement professionals and school administrators are getting monthly updates. Each article includes trips and tricks about navigating the world of modern advancement.
Give it a try, you can unsubscribe anytime.